Away for Christmas? Here’s Why You Should Book a Serviced Apartment

Human Appeal on the crisis in Yemen

The Relentless Pursuit of a Major Payday

5 of the Best Family Friendly Eco Holidays Around the World

The winter is upon us and those dark and longer evenings are drawing in. There’s only so much TV you can cope with watching and if you’ve got your kids into a good routine, the hours between their bedtime and yours can sometimes stretch out before you.

But with broadband internet at home, you have a myriad of different options for being entertained. One of the most popular online games at the moment is bingo and it’s easy to see why so many people enjoy this simple yet entertaining game.

For a start, there’s the possibility that you might win a big cash prize – that’s motivation if ever you needed it! Then there’s the fact that although there are big amounts of money to be won, the amount you have to put in is relatively tiny. Many games cost 5p or 10p to play, and if you want to, you can even play for free on many bingo sites such as bgo, Gala and Tidy Bingo. 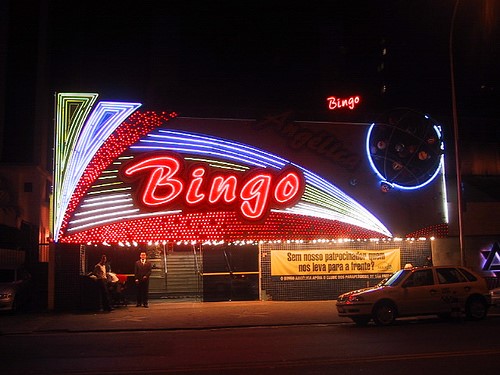 As well as being able to play games for free (which have smaller cash prizes attached to them), you can also take advantage of welcome bonuses when you first join a bingo site. If you decide to play bingo at bgo.com you’ll get a 200% bonus on the first amount that you pay into the account. That triples your initial playing fund, and when games only cost pennies to play, even a small amount like £10 will pay for plenty of bingo games.

It’s not just the potential monetary rewards that draw people to playing online bingo though. For many players, it’s more about the socialising. Every bingo game ticket gives you entry to the bingo chat rooms, where players of the same game can chat and share the fun of playing and watching their cards’ progress at the same time. Conversations aren’t just focused on bingo though, all kinds of things get discussed in a bingo chat room, but the atmosphere is always friendly and upbeat as there’s a chat moderator present at all times.

As well as supervising the chat, the moderators will also add another dimension to the entertainment by initiating chat games – where players can have the chance to win yet more prizes. There are some people who have more success on the chat games than on the bingo games – and vice versa. It’s always worth joining in – you never know when it’ll be your lucky day.

Evenings are a great time to play online bingo as that’s when the sites are at their busiest, so there’s always a lot of activity in the chat rooms. But the best thing about online bingo is that the games run on a 24/7 schedule, so you can log in for a quick game whenever the mood takes you. For a five minute break from the daily routine, or to kill a few minutes while you’re waiting for an appointment, bingo makes an ideal choice.