The Relentless Pursuit of a Major Payday

Christmas Crackers: 6 of The Best Novelty Gifts For Him

Cheap and cheerful fun with bingo

How Foosball Can Keep Your Family Entertained Through the Cold, Rainy Days!

Now I don’t condone letting the kids sit in front of the TV the whole day, with their PS4 controllers in hand, or even being effectively pacified by the endless variety of games they can play on their mobile devices like their tablets (or more likely on yours), but I’m not completely against gaming in general. Not only can it be very educational, but depending on the games that the gamer would be playing, they can be profitable as well. 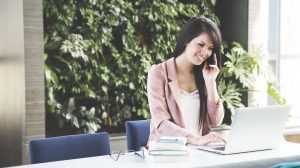 Yes, gaming does pay sometimes, even if at times you’re the one who has to find a way to make it pay.

The market might perhaps be saturated right now, but there’s still a market for sponsored game reviews nevertheless. To avoid certain biases from developing, gaming companies usually try to vary the reviewers they sponsor or pay in order to play the games they release and give feedback for debugging, as well as to raise awareness around the game to generate a buzz.

Gaming influencers take matters into their own hands and go the route of monetising their gaming craze directly, such as using screen recording technology to record videos of themselves achieving some feats of interest on their favourite gaming platforms. Even something like in-game commentary is appreciated by a certain gaming crowd, but normally just uploading the videos to YouTube would have them generating revenue from the ads YouTube displays before or during playback.

Pro and even semi-pro gamblers have it made really, because in addition to the primary winnings they amass from some of the best online casinos, they can go the route of gaming influencers as well and monetise their betting exploits in this and many other secondary ways. If you have a winning strategy as a semi-pro gambler for example, you can compile your top tips into something like an e-book and sell it online.